The U.S. House released an outline of its proposed tax plan as part of the proposed $3.5 trillion reconciliation bill. That bill includes an increase in the corporate tax rate from the current 21% to 26.5%. Texas Eastern Transmission Company (TETCO) anticipated this increase and filed a rate case based on the rate increasing to at least 25%, but FERC, in a rare unanimous decision, dismissed that case outright at the end of last month.

A large component of any corporate-owned pipeline’s cost of service is the projected taxes it will owe on its projected income. Such a substantial increase could lead to another round of rate cases following the ones that were filed when the corporate tax rate was reduced to 21% at the end of 2017.

We expect other pipelines are experiencing increasing maintenance costs like those reflected in the TETCO filing, and so even without a tax increase, the risk of more rate cases being filed was fairly high. But if the tax increase becomes a reality, then the likelihood of such cases grows even more. FERC’s decision in the TETCO case means there will likely be a lag between when the tax increase is imposed and when pipelines will be able to recover that cost through a rate increase.

On Monday of this week, the Chairman of the U.S. House’s Ways and Means Committee released an outline of his proposed tax plan as part of the proposed $3.5 trillion reconciliation bill. That outline includes an increase in the corporate tax rate from the current 21% to 26.5%. Texas Eastern Transmission Company (TETCO) anticipated this increase, and in a rate case it filed at the end of July, it used a corporate tax rate of 25%, which it said should be included in the rates that were to take effect in 2022 following a full five-month suspension. However, in a rare unanimous decision issued at the end of last month, FERC dismissed the entire rate case because it was premised on a tax rate increase that had not yet taken effect.

A large component of any corporate-owned pipeline’s cost of service is the projected taxes it will owe on its projected income, which is clearly why TETCO was wanting to get ahead of the issue and eliminate the need to file another rate case to cover just the corporate tax rate increase. TETCO’s rate case, though, also included a substantial amount of new capital it has expended since its last case to maintain the reliability of its system. We believe TETCO is not alone in experiencing such costs and when those increasing costs are combined with an increased corporate tax rate, the risk of rate cases being filed in the coming years is fairly high. Today we look back at the series of cases that have been filed following the corporate rate reduction resulting from the passage of the Tax Cuts and Jobs Act of 2017. In our view, the pipelines that have previously included the rate reduction in their current tariff rates are more likely to seek to adjust their rates for any future increase in the corporate rate.

We have written extensively about the Tax Cuts and Jobs Act of 2017 beginning in February 2018 in an article titled Tax Act Impact - Can Contracts Insulate a Pipeline's Revenue? We then followed the process FERC initiated to make sure that gas pipeline rates were adjusted to incorporate the reduction in rates from 35% to 21%, including our 50,000-foot view of the process in 501G Saga Concludes - Which Pipes Risk a Rate Investigation? That process required almost every pipeline to prepare and file a form, Form 501G, that calculated the pipeline’s rate of return before and after taking into account the corporate tax rate decrease. The pipelines were given a number of options when they filed the Form 501G; the three main choices were to voluntarily reduce their rates, file a rate case or simply ignore the reduction in corporate tax rates and continue business as usual. 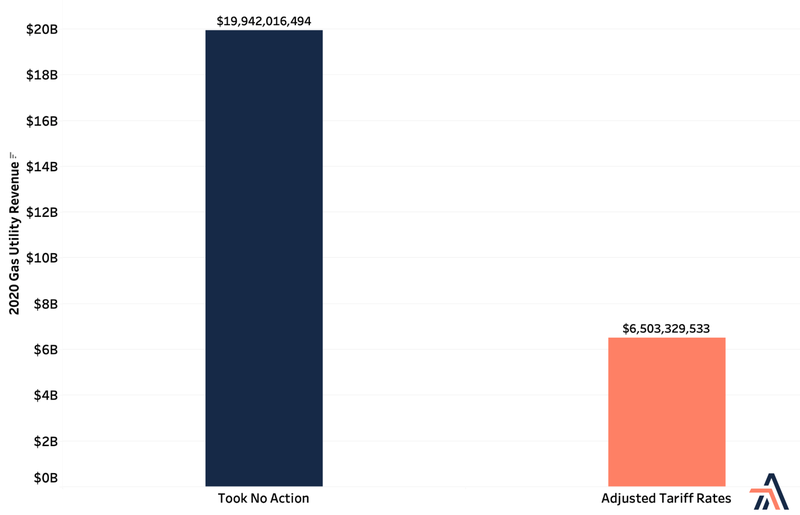 As seen above, the vast majority of the pipeline companies, based on revenue from 2020, initially chose to do nothing or were granted a waiver.

Cases Filed Since the Tax Cuts and Jobs Act

Following the passage of the Tax Cuts and Jobs Act in 2017, there have been a total of 25 rate cases filed by 23 different pipeline companies, including the two that TETCO filed since the passage of the Act. Of those 25 cases, 18 have settled, five are in the midst of settlement discussions, one, the TETCO case, was dismissed, and one, Panhandle Eastern Pipe Line ,was fully litigated and is awaiting a decision by FERC.

The twenty-three companies that have filed rate cases since the passage of the Act, plus the ten pipelines that voluntarily reduced their rates as part of the 501G process, represent about 43% of the total revenue for the pipeline industry based on 2020 revenues. Because these pipelines have all adjusted their rates, or are in the process of adjusting their rates based on the corporate rate being 21%, to the extent they are corporate entities, they will most likely be most directly impacted by an increase in the corporate rate to 26.5%.

In addition to those companies, there are an additional twenty companies that, under prior settlements, have a comeback requirement or a moratorium ending before the end of 2023. These companies, to the extent they are corporations, may also be impacted by the change in corporate rates and may seek an increase in their tariff rates if the corporate rate increases to 26.5% as proposed. 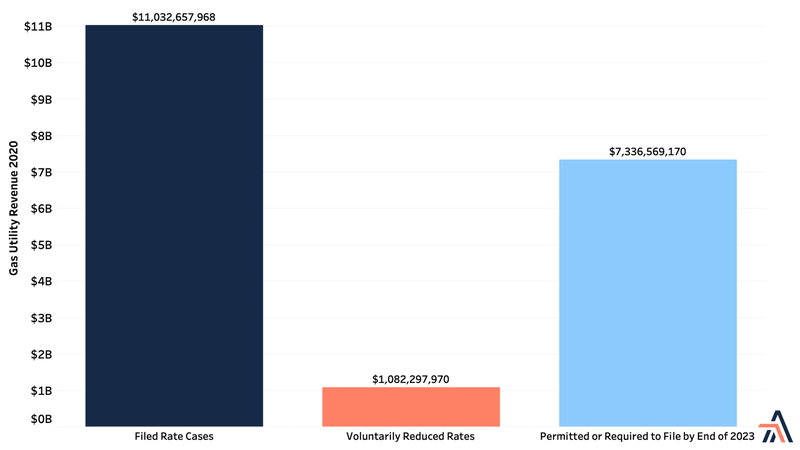 In the rate case it filed at the end of July, TETCO explained that the primary driver of its proposed rate change was the substantial capital investments it had made in its system as part of its ongoing efforts “to modernize the system and to enhance the integrity, reliability, and safety of system operations for the benefit of our shippers, the markets we serve, and the communities where we operate.” But it also noted that because it expected FERC to suspend the proposed rate increase for the full five months to February 1, 2022, it had included as a cost factor “the expected corporate tax rate increase resulting in an income tax allowance based on a 25% federal corporate income tax rate.” It assured FERC that if the federal corporate income tax rate increase is not effective by January 31, 2022, the end of the test period, TETCO would “make an adjustment to its motion rates so that the filed rates moved into effect reflect the federal corporate income tax rate in effect at that time.”

TETCO viewed this proposal to include a higher anticipated rate as clearly within the normal bounds of an adjustment that could be anticipated and included in the rates proposed in a filing. However, its customers vehemently disagreed. In particular, EQT Energy argued that FERC’s rules require that such adjustments may only occur for “known and measurable” changes. EQT Energy asserted that TETCO’s proposal did not meet FERC’s threshold requirements for rate change filings. In a surprising unanimous decision issued at the end of August, FERC agreed. FERC went further, however, dismissing the entire rate case proceeding and launching its own Section 5 proceeding to determine whether TETCO’s currently effective tariff provision regarding credits for force majeure events was unjust and unreasonable.

The result of this surprising decision means that pipeline companies will likely need to wait until any proposed tax increase is signed into law before they can file to include the higher corporate rate in their cost of service calculation. This would likely create some lag between when the new corporate tax rate takes effect and when pipelines will be able to include the increased cost associated with that change in their rates. However, we do expect there to be a substantial number of filings if the tax rate change takes effect. This is because the federal tax allowance is usually a substantial portion of a pipeline’s total cost of service. For instance, in the TETCO filing, the federal tax allowance was more than 10% of its total cost of service.

We also believe that TETCO is not alone in expending substantial sums to modernize its pipeline system, and those costs will also put pressure on pipelines to file for rate increases. Another example of this is Columbia Gas Transmission’s attempt, as part of its pending rate case, to include a modernization tracker that would allow it to promptly recover the costs to modernize its system up to a cap of almost $3 billion over the next seven years. It is the combination of these two cost increases that we think will drive pipelines to file rate cases in the coming years, even if they have not done so in the recent past.

If you would like us to assess the risk for a rate increase for a particular pipeline, please contact us.